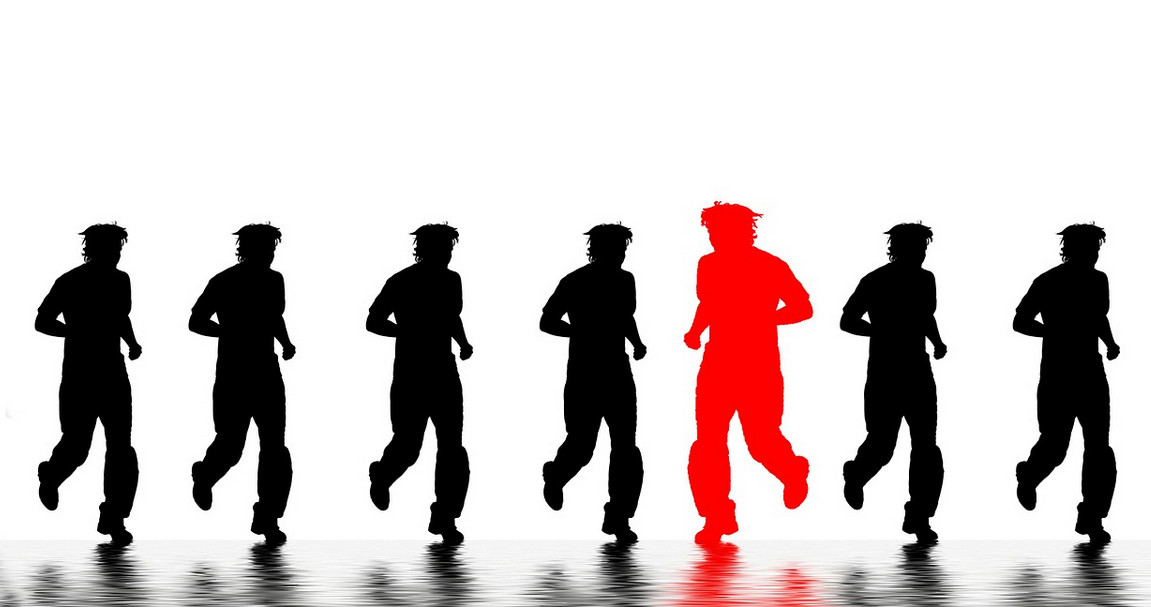 Undoubtedly, if someone has the ability to not be caught up in what is going on around them, their life will be far better than it would be otherwise. They will be able to stay centred and to be the ‘calm in the storm’ so to speak.

This will allow them to stay focused on what matters and to do the things that will bring them happiness and fulfilment. Still, this doesn’t mean that they will never be affected by what is going on externally; they are human after all.

The principle of individuation, or principium individuationis, describes the manner in which a thing is identified as distinguished from other things.

What this also doesn’t mean this that they will lack empathy and the ability to put themselves in another person’s shoes. But, although they will be able to do this, they typically won’t let what is going on for another to take them out.

If a friend or a loved one was not in a good way, it will probably be a lot harder for them to stay centred. However, they might realise that feeling bad is not going to serve the other person and that it will be better for them to be at their best.

If they were endlessly affected by what is going on around them, they would be like a leaf in the window. They would continually be tossed around and it wouldn’t be possible for them to assert who they are.

As a result of this, they could have a career or a vocation that brings them a lot of meaning and fulfilment. If they were to look back on their life, they may see that their ability to stay in their own world has greatly benefited them.

There will probably be moments when they have got caught up in another person’s reality or even what was going in their society, but this won’t have taken place very often. And when this has happened, they may have soon come to their senses and got back on their path.

This doesn’t mean that they won’t adapt to the different people that they are with and will be like a statue. No, what it means is that they will be able to maintain who they are and this will allow them to express their true-self.

If they are in a relationship, then, they are not going to have merged with this person and for their emotional state to more or less always reflect the other person’s emotional state. So, if their partner is angry or sad, for instance, they won’t suddenly become angry or sad.

Or, if their partner is not around, they won’t feel alone and disconnected. They are going to have a strong core – a strong sense of themselves – and not only look like a whole human being; they will also feel like one.

If, on the other hand, someone can’t relate to this, their life is likely to be radically different. What can be normal is for them to be caught up in what is going on around them and to lose themselves in the process.

Through being so affected by what is going on around them and the world as a whole, it will be a challenge for them to express themselves. Most, if not all, of the people in their life might rarely see their true-self.

Their boundaries are not going to be good, hence why they are continually caught up in and absorb what is going on around them. One way to describe them would be to say that they lack what are called ‘energetic boundaries’, with this being the reason why it is as if they are ‘naked’.

The boundaries that the average person takes for granted won’t be in place and this is why they will lack the protection that they need. Not having these boundaries in place can also mean that they will be more likely to be affected by germs, sounds and smells that are in their environment.

If one is in this state, it is likely to show that they didn’t receive the nurturance that they needed as a child to start the individuation process (this can be seen as a lifelong process) and to develop energetic boundaries. One is then going to look like an adult but emotionally, they will still be in an undeveloped state and be connected to their mother (in a symbiotic state).

Their sense of self will have stayed in an undeveloped state, and they will see life in the same way that a small child does. A child has no centre and, due to this, it needs its mother to be able to feel whole and complete.
âï¿½ï¿½
Its mother will then define how the child feels, whether or not it feels connected, and if it feels powerful, amongst other things. One will have stayed at this level of development and time alone won’t allow them to grow out of this state.

The person who plays a big role in allowing someone to emotionally separate from their mother is their father, so this may mean that one’s father was emotionally unavailable or physically absent during this time in their life. This is said to be something that starts to take place around three years of age.

If one can relate to this, and they are ready to change their life, they may need to reach out for external support. This is something that can take place with the assistance of a therapist or healer.

To find out more go to – http://www.oliverjrcooper.co.uk/

The word individuation occurs with different meanings and connotations in different fields.

In philosophy
Philosophically, “individuation” expresses the general idea of how a thing is identified as an individual thing that “is not something else”. This includes how an individual person is held to be distinct from other elements in the world and how a person is distinct from other persons. By the seventeenth century, philosophers began to associate the question of individuation or what brings about individuality at any one time with the question of identity or what constitutes sameness at different points in time.

In Jungian psychology
In Jungian psychology, also called analytical psychology, individuation is the process where the individual self develops out of an undifferentiated unconscious – seen as a developmental psychic process during which innate elements of personality, the components of the immature psyche, and the experiences of the person’s life become, if the process is more or less successful, integrated over time into a well-functioning whole. Other psychoanalytic theorists describe it as the stage where an individual transcends group attachment and narcissistic self-absorption.

In the media industry
The media industry has begun using the term individuation to denote new printing and online technologies that permit mass customization of the contents of a newspaper, a magazine, a broadcast program, or a website so that its contents match each individual user’s unique interests. This differs from the traditional mass-media practice of producing the same contents for all readers, viewers, listeners, or online users.

Communications theorist Marshall McLuhan alluded to this trend when discussing the future of printed books in an electronically interconnected world.

In privacy and data protection law
From around 2016, coinciding with increased government regulation of the collection and handling of personal data, most notably the GDPR in EU Law, individuation has been used to describe the ‘singling out’ of a person from a crowd – a threat to privacy, autonomy and dignity. Most data protection and privacy laws turn on the identifiability of an individual as the threshold criterion for when data subjects will need legal protection. However privacy advocates argue privacy harms can also arise from the ability to disambiguate or ‘single out’ a person. Doing so enables the person, at an individual level, to be tracked, profiled, targeted, contacted, or subject to a decision or action which impacts them – even if their ‘identity’ is not known (or knowable).

Rapid advances in technologies including Artificial Intelligence, and optical surveillance coupled with facial recognition systems have now altered the digital environment to such an extent that ‘not identifiable’ is no longer an effective proxy for ‘will suffer no privacy harm’, and many data protection laws may require re-drafting to give adequate protection to privacy interests, by explicitly regulating individuation as well as identification of individuals.

In physics
Two quantum entangled particles cannot be understood independently. Two or more states in quantum superposition, e.g., as in Schrödinger’s cat being simultaneously dead and alive, is mathematically not the same as assuming the cat is in an individual alive state with 50% probability. The Heisenberg’s uncertainty principle says that complementary variables, such as position and momentum, cannot both be precisely known – in some sense, they are not individual variables. A natural criterion of individuality has been suggested.

Why Is It Important To Know About Incontinence

What Is The Use Of Overseas Education Consultants?